Bay Minette is positioned 35 miles northeast of Mobile, 45 miles west of Pensacola, Florida, and 75 miles east of Biloxi, Mississippi.
The uniquely favorable location of the city has put it in a robust economic position. The surrounding urban areas of this city bring a rich social and cultural heritage to the town.

Bay Minette takes its name from Minette Bay. The place was named after Minet, a visiting French explorer. The city became the county seat officially in 1901 and was incorporated in 1907. Bay Minette has a mayor/council form of government with four-year terms.

The charm and relaxed pace of the southern community is evident all across the city. Eight thousand five hundred residents live within the city limits of Bay Minette. Approximately 20,000 people reside in North Baldwin, a place beyond city limits.

The key attractions that add to the natural beauty of Bay Minette include the dense forests surrounding the city, the Tensaw River Delta, and the rush of waters from the Gulf of Mexico. Early American history sites act as magnets for history buffs. Picnickers, campers, and hikers visit the city for the unique experiences it offers. Bay Minette also has a thriving timber industry.

It is noteworthy that despite being the most centrally located township in Baldwin County, Bay Minette did not get the honor of being the county seat when the county was established. That honor went to McIntosh Bluff on Tombigbee River in 1809 and then to Blakeley in 1810. 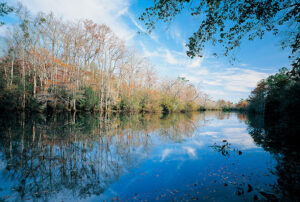 The first seeds of development in Bay Minette began with the arrival of the Louisville and Nashville (L&N) Railroad in 1861. The town became an L & N junction. The dense, lush forests, the Tensaw River Delta, and the Gulf of Mexico made the place a significant attraction for explorers and visitors. 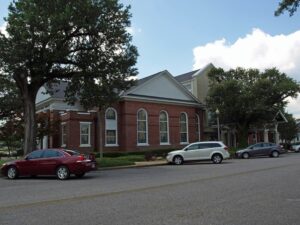 Bay Minette recorded a population of 9,019 (census figures) in 2016. Around 58 percent of the population consists of white, and 39 percent are African Americans. Hispanic, Latino, Asians and Native Americans constitute the rest of the population. The recorded median household income for the city was $32,341, with per capita income at $18 016.

Bay Minette has a thriving timber industry which is the central driving force of its economy. With more than 73 percent of the area of Baldwin County covered by forest land, it was only natural for timber industries to set up shop here.

Industries were involved in the production of tar and pitch in a big way. These tar products are used to seal ships and make them waterproof and they are also used for making turpentine. These tar creating procedures were in their prime from the late 19th to the middle of the 20th century. The biggest employer in this region was a wood processing plant that used every part of the tree to make turpentine, resin, pine oil, etc.

Baldwin County became a potential farming area because it has rich and fertile soils and moderate temperatures. Soon it became one of the wealthiest farming destinations in Alabama. The state saw soybean cultivation flourishing in the 1930s.

Later in the 1940s, rich harvests of wheat and potato were also achieved. The county’s economy took off rapidly, and a good portion of the credit for this must go to pecans and cattle. While the Agriculture and Civic League of Bay Minette is focused on promoting agricultural organizations, it also encourages other industries.

Development started happening in Bay Minette, AL. in a big way after Railroads came into the picture. Among the first signs of infrastructure development in the region was the Railroad of Bay Minette and Fort Morgan. It was constructed for the L&N Railroad in 1905 and cut through the thick forests between Bay Minette and Foley. It became famous as the Foley Branch and played a crucial role in developing the county’s logging industry.

By 1924, Bay Minette matched the efforts of Montgomery and Mobile in the area of freight tonnage. In 1982, L&N Railroad Company combined with the Seaboard System Railroad. Four years later, in 1986, this entity merged with the Chessie System to create CSX Transportation. The company is in charge of handling freight and is a major employment generator in Bay Minette.

The majority of the workforce in Bay Minette (around 20 percent) consists of educational services, healthcare, and social assistance. Manufacturing comes next at 17.8 percent, while retailing trails that at 13.4 percent. Other major occupations are arts, entertainment, recreation, and accommodation, and food services. Bay Minette also has a fair percentage of their population employed in fields like public administration, construction, management, finance, insurance, real estate, rental, etc.

This county enjoys the second-fastest growth rate in the state and has maintained that pace of growth for many years. The county government, supported by the county board of education, has successfully created good employment opportunities for its locals.

Bay Minette is home to professional offices across diverse fields. Locals are also employed in the county’s manufacturing sector. The city has partnerships with the Baldwin County Economic Development Alliance and the North Baldwin Chamber of Commerce. These associations also help generate exciting employment opportunities for locals.

There are three elementary schools (K-3), one intermediate school, one middle school, and one high school here. The only college in Bay Minette is the James H. Faulkner State Community College. It offers two-year degrees in various educational programs.

The city-owned Municipal Airport is located three miles southwest of the central business district of the city. Among highways, the U.S. Highway 31 runs northeast-southwest through Bay Minette. It connects the city to I-65 in the north and I-10 in the south. 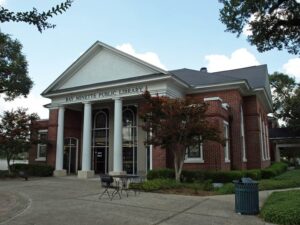 Bay Minette has several Civil War and other historical sites. These include antebellum homes and Civil War cemeteries. The other places of historical relevance are:

Almost all the major social events of the town are hosted at the sprawling 6000 square foot facility of the John F. Rhodes Civic Center. The Charity Toys for Tots Motorcycle Run and the Bike-O-Rama Motorcycle Rally are popular events held here. Highlights include motorcycle shows, games, live music, refreshments, and high-quality entertainment.

Bay Minette offers entertainment opportunities through its seven municipal parks. Visitors can indulge in skateboarding, enjoy picnic facilities, visit ballparks and playgrounds, and sit in gazebos and pavilions. The City of Bay Minette Municipal Pool is the best place for water sport activities. It has a diving board, a slide, and a special section for younger children.

The South Baldwin Chamber of Commerce was founded in 1944. It is located in Foley, Alabama – within the heart of the county. The Chamber is an advocate for all types of businesses in the region and has members from big corporations to SMEs. The Chamber of Commerce hosts four major events every year. These include the Chamber Golf Classic, The Magnolia Run, The Gulf Coast Hot Air Balloon Festival, and the Chicago Street Supper Club. These events are held to promote local area awareness in the community and visitors.

With rapid developments happening across all areas including industry, agriculture, and infrastructure, Bay Minette continues to be the center of all business activities in Baldwin County.

This page is compliments of Taylor Made Services who is a very proud roofing contractor that resides in Semmes, Mobile, Bay Minette Alabama.
Our contact information is listed here on our website if we can ever be of any assistance with roofing questions you may have.
If you have specific questions about any Bay Minette Roofing Needs please reach out to Dawnetta who handles this area for us here.
Thanks again for the read. 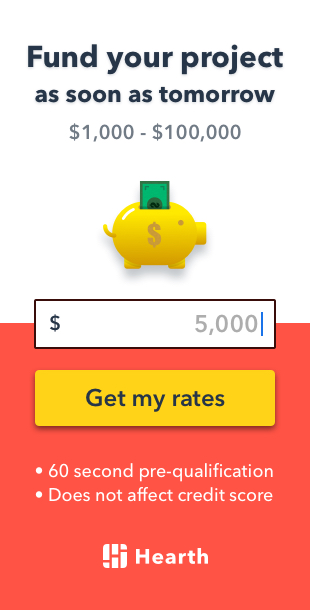